This is a post about the phenomenal celebration of Orthodox Easter in Greece, with a particular focus on its gastronomical aspect. Be careful! Certain images are not for the light-hearted. 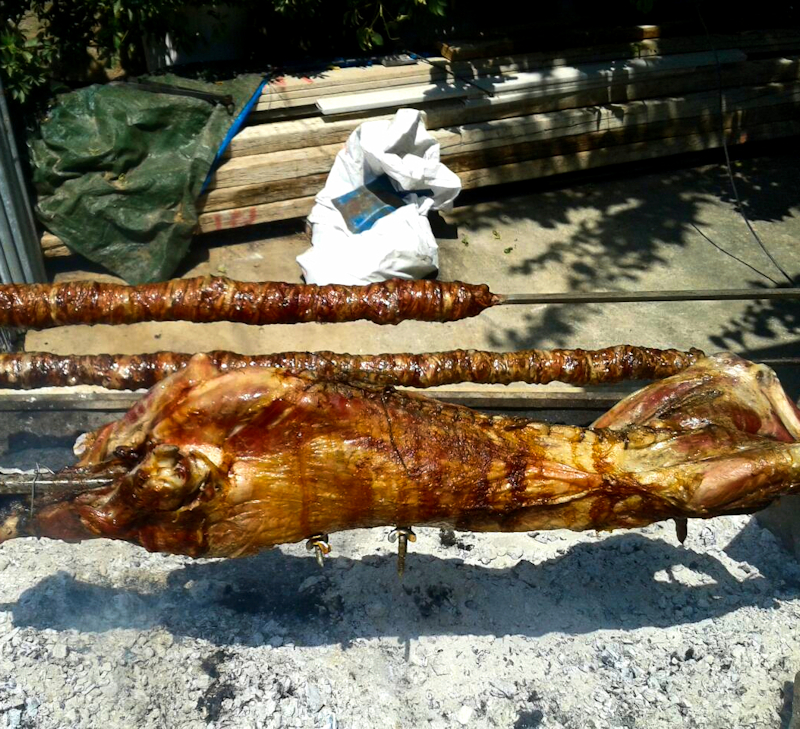 In most European and American countries Christians celebrate the Catholic Easter, which usually occurs in March or beginning of April every year. For reasons that go back several centuries ago, there was a schism in the Christian Church and it was divided into Roman Catholic and Orthodox Church.

When it comes to Easter, the Orthodox Church follows the Julian calendar for calculating the date while the Catholics use the Gregorian one. This introduces a delay between the two events, which range’s from one to five weeks (this year was five).

Enough with the history lesson and back to the festivities. Easter is more important than Christmas for the Greeks. This is very obvious in the way they follow the drama of Jesus during the whole week before the Easter Sunday.

Many of the practising Christians go to Church every evening for the mess. On Friday evening, the whole neighbourhood participates in a silent march in the streets, which symbolizes Jesus funeral. On Saturday night they all gather in the churches and exactly at midnight the priest announces the Resurrection of Jesus. And the party starts…!

Did I mention fasting? Indeed, most of the practising Orthodox Christians participate in a “severe” fasting, especially during the week before Easter. Some of them start several weeks before that, in order to clear their souls and participate to the drama of Jesus.

So, you can imagine what happens in the table after the Resurrection!

No, probably you don’t.

The tradition says that after Saturday midnight, people come from the church and have a huge meal. They usually have grilled lamb chops but the star of the evening is a soup called “Mageiritsa”. It is made of lamb offal, which includes liver, heart, lungs and kidneys. It contains lots of lettuce and dill and the soup is finished with an elaborate sauce of eggs and lemons. 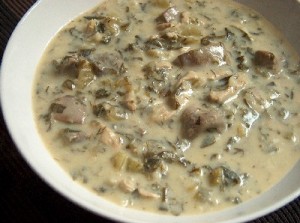 Sounds disgusting, right? I thought so until the time I tried it. I had 2-3 plates of it and didn’t bother eating any lamb chops. It is so delicious! Of course, cooking Mageiritsa is a form of art itself so it has to be done by an experienced and highly-rated chef. Like a Greek grandma or someone.

With the remains of a hangover and a full stomach from Saturday’s late dinner, Sunday is coming. The main attraction on the menu is a lamb roasted on a spit. I mean the whole animal.

Men need to get up early to light the fire. The lamb needs about 4-5 hours of roasting and should be ready for lunch early in the afternoon (definition of “lunch”, “dinner”, “afternoon” in Greece its quite chaotic). In the meantime, families gather in the garden, drinking wine and dancing folkloric dances while picking the crispy skin from the roasting lamb. 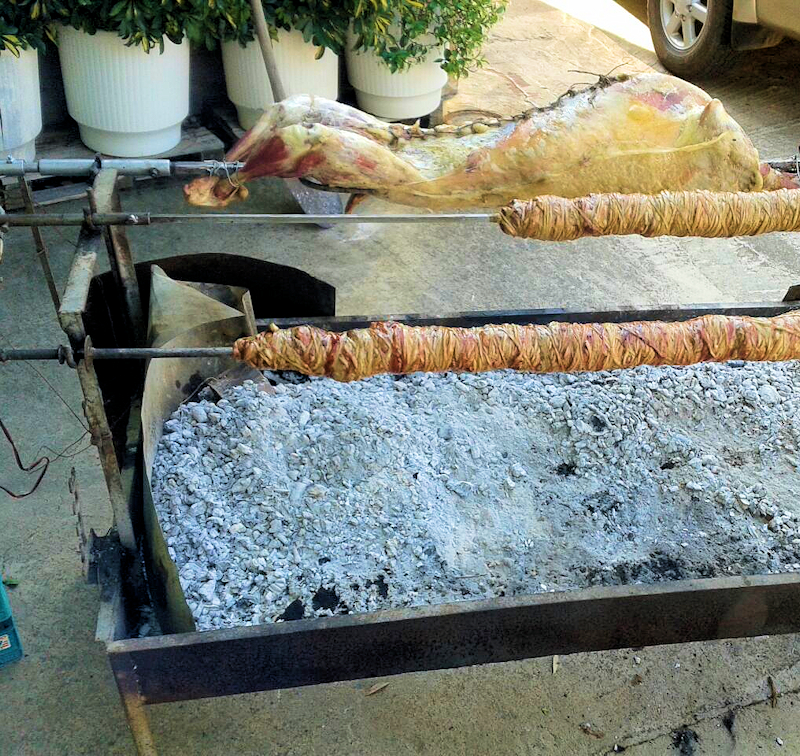 Lamb and Kokoretsi on a spit 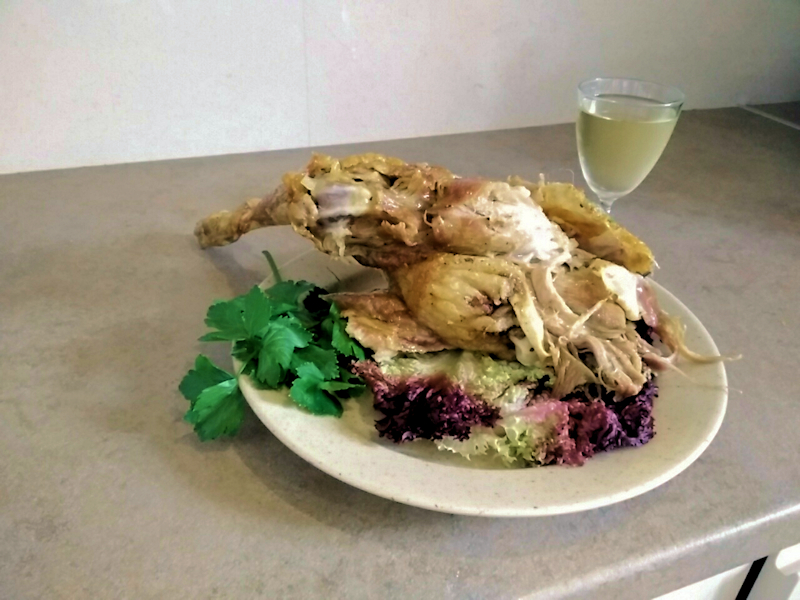 Lamb ready to be consumed!

Another delicacy that is very popular in Easter is “Kokoretsi”. Again, it’s lamb offal cut in pieces and placed on a large spit, like a huge kebab. It is then wrapped with lamb intestines and roasted in the fire next to the lamb. Sounds awful but, again, it’s delicious. 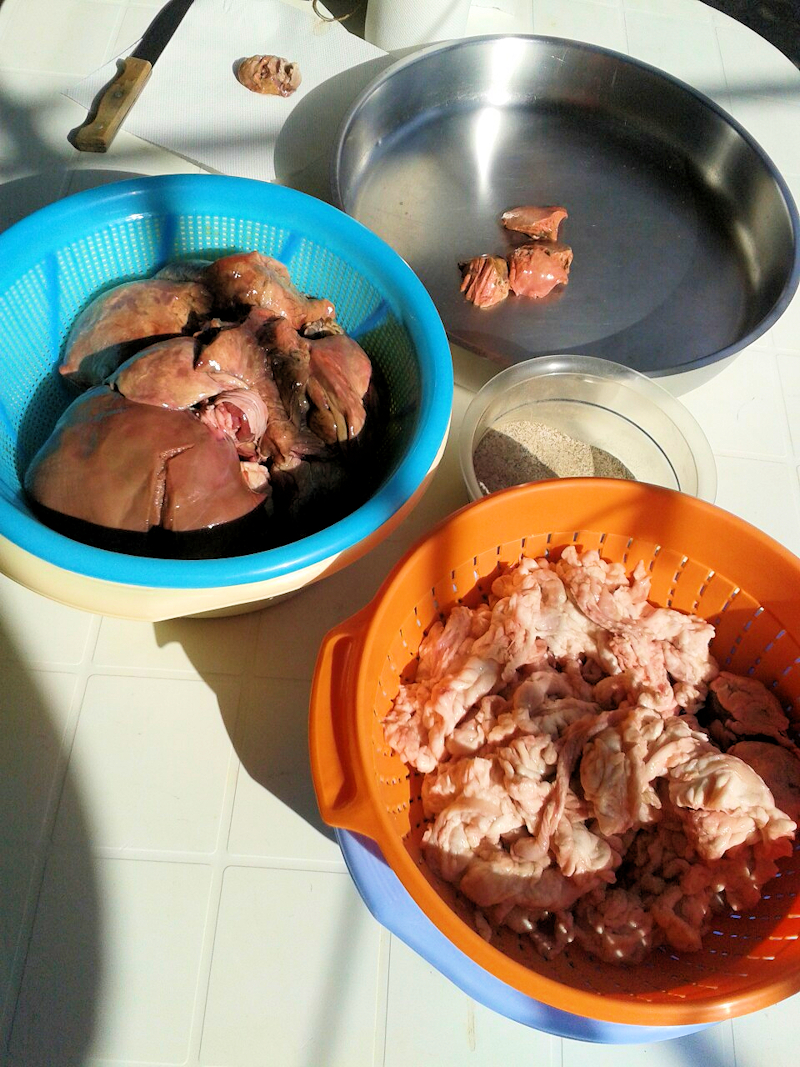 Kokoretsi is ready! Made by my dear friend, Stamatis! 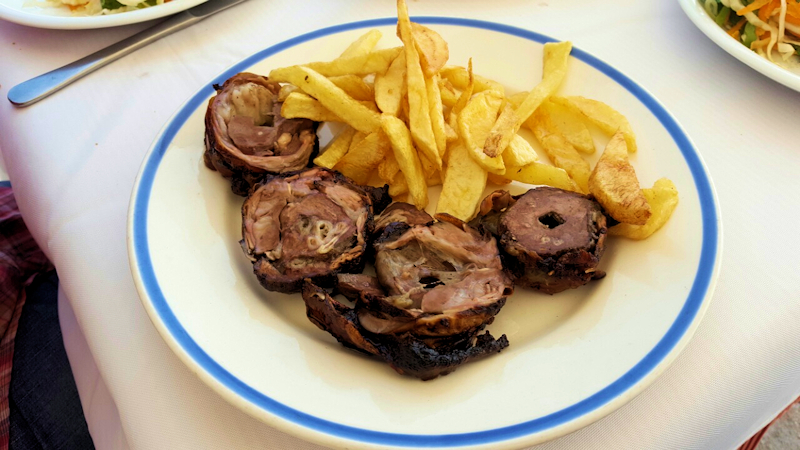 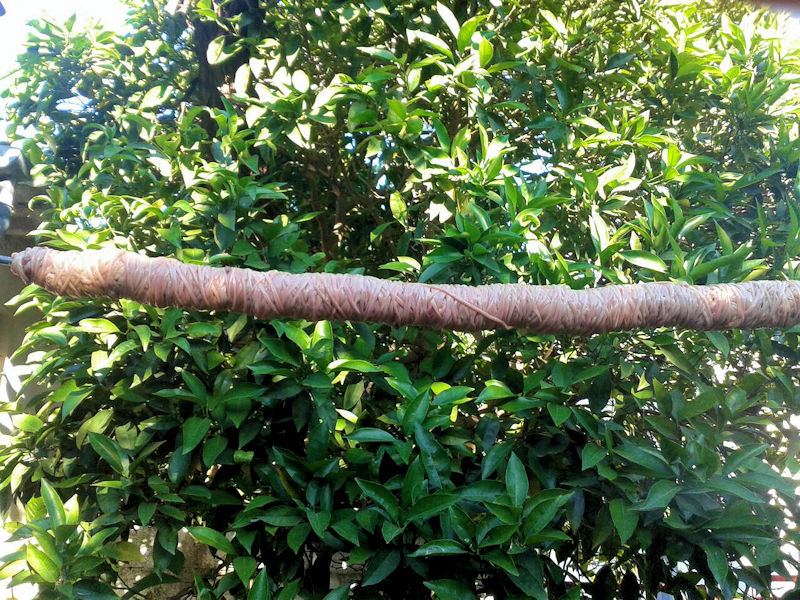 My father made this Kokoretsi together with his friend, Yannis. Ready to go! 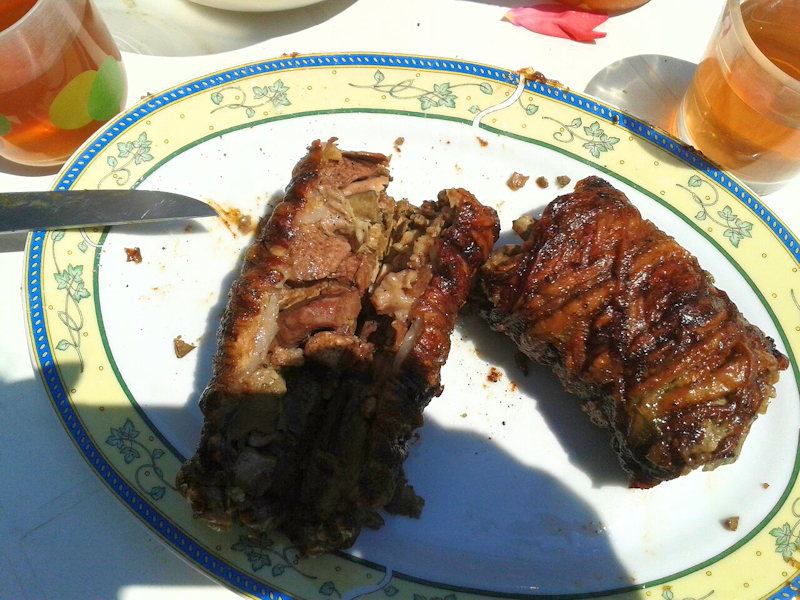 I was not able to visit Greece this year for Easter so I asked friends and family to send me some photos to share with you. Who knows, maybe next year. 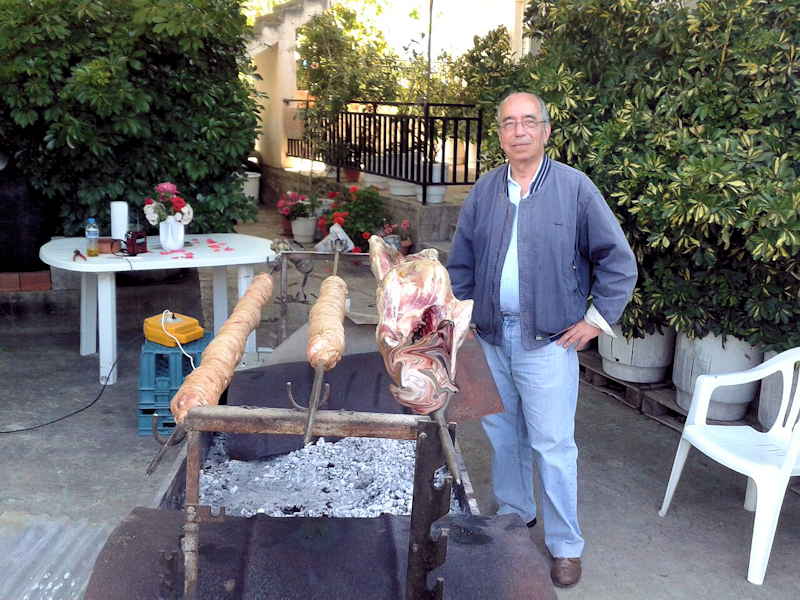 My father proud with his creations!